Winners were recognized at the Brighton Excellence in Arts Ceremony on October 12 at The Eagle View Adult Center, 1150 Prairie Center Parkway in Brighton.

The Excellence in Arts Awards winners include the follow recipients: 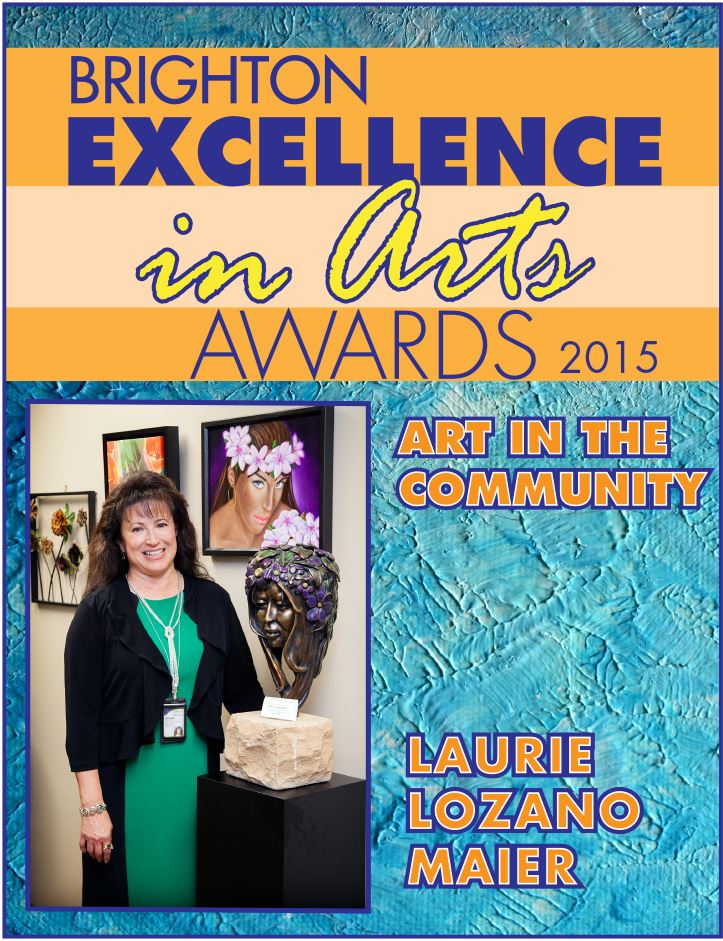 Art in the Community:

Individual, group, or business who has encouraged public art of a cultural experience in Brighton.

The Art in the Community Award was presented to Laurie Lozano-Maier. The popular Eye for Art program showcases original artwork within Brighton City Hall. Lozano-Maier has been the inspiration behind the program. Since its inception in 2011, thirteen different exhibits have been displayed throughout City Hall. Lozano-Maier is the program organizer, she designs and directs placement of all show pieces, she is curator of each show and maintains the inventory and catalogue of all art pieces, as well as the marketing of artists and sales. She goes above and beyond to showcase the fine art of hundreds of amateur and professional artists from Brighton and the surrounding region.

Youth in the Arts: 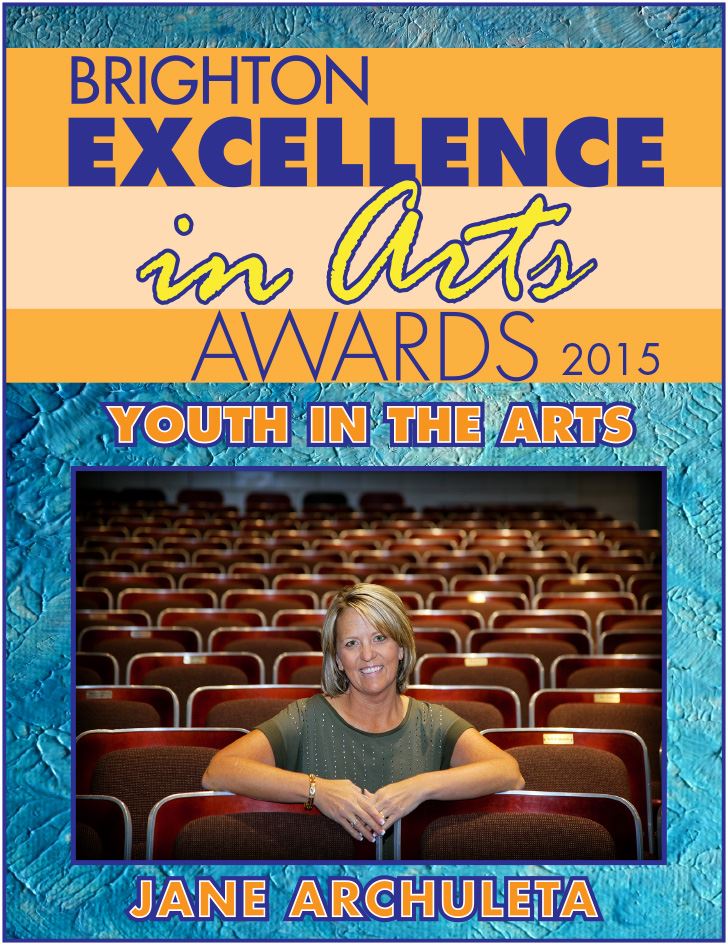 Individual, group, or business who has offered some form of creative arts activity to the youth within our community.

For the past 23 years, recipient Archuleta has been the drama teacher at Brighton High School. Through educational and artistic guidance, she has provided thousands of students and community members with the opportunities to participate in quality theatrical productions. Many of her students have gone on to pursue theater in college and/or community theater or have pursued professional careers in the theater. Under her artistic guidance the Brighton High School productions are always of high quality, which generates visible excitement of the students at each show. Archuleta is a role model, leader, mentor & friend of the Arts in Brighton for our youth in Brighton. 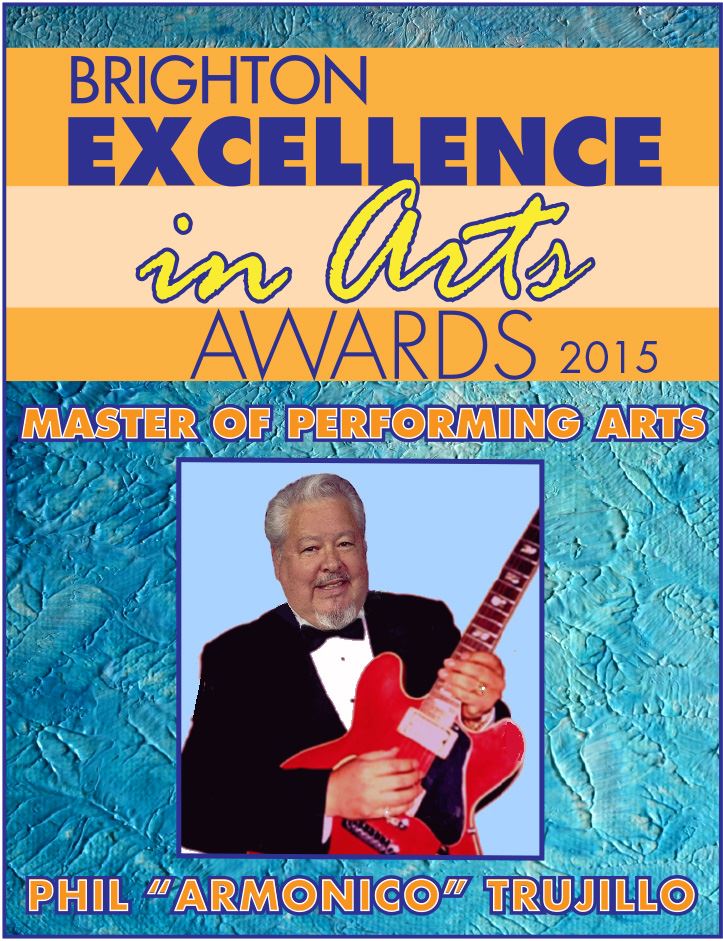 r of Performing Arts:
Individuals or groups who are film makers, dancers, author/actresses, directors, or musicians.

Recipient Trujillo has lived in Brighton since 1943, moving here when he was five. At the age of six he played the violin, at the age of ten he was playing the guitar, by age 17 he started his own band and for the next 58 years he was recognized as one of the most respected and talented Latin singers, guitarists and band leaders in Colorado. Trujillo & the Matadors have played for hundreds of thousands of events through the years. He was recognized for his contributions to Hispanic Culture as an honorary member of “Quien es Quien.” He retired in 2013 but his legacy continues in the Brighton. 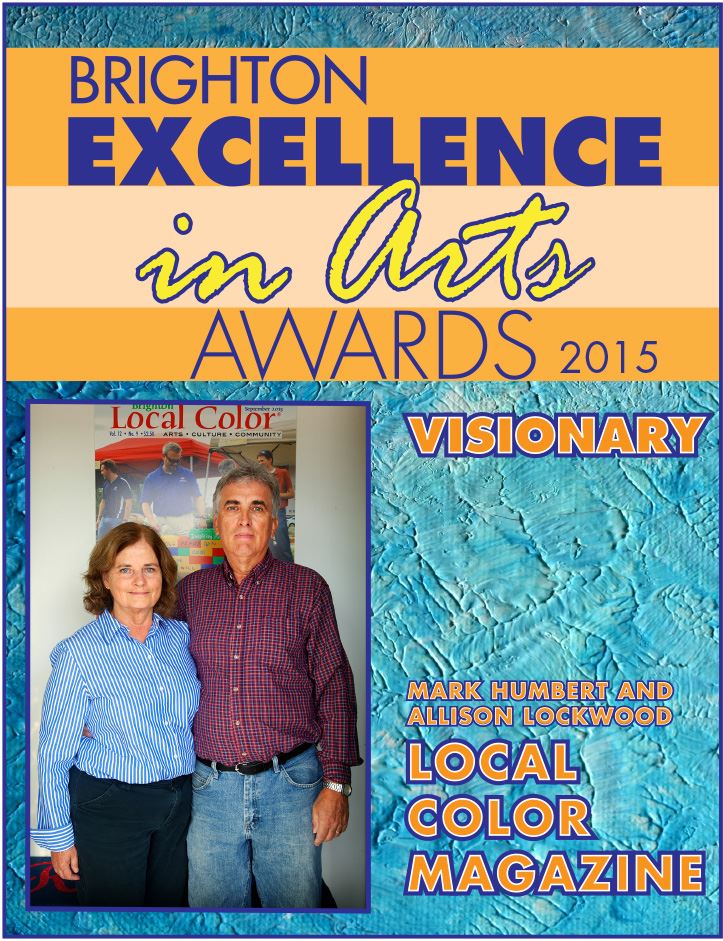 Individual, group, or business who has helped to form the Brighton cultural scene.

An arts community thrives when it has the support of its local printed media. Brighton is fortunate to have recipients Humbert and Lockwood who provide Local Color Magazine. Local Color supports the arts in virtually all forms. The magazine profiles various artists and their art and features programs and events in the monthly publications. Humbert and Lockwood have a vision for the arts in the Brighton community and are actively involved in organizations where they can make an impact. They are visible to the public and are often found talking to citizens, sharing information and making ideas into realities. Local Color magazine premiered in 2005 & continues to be a vibrant magazine for the Brighton community. 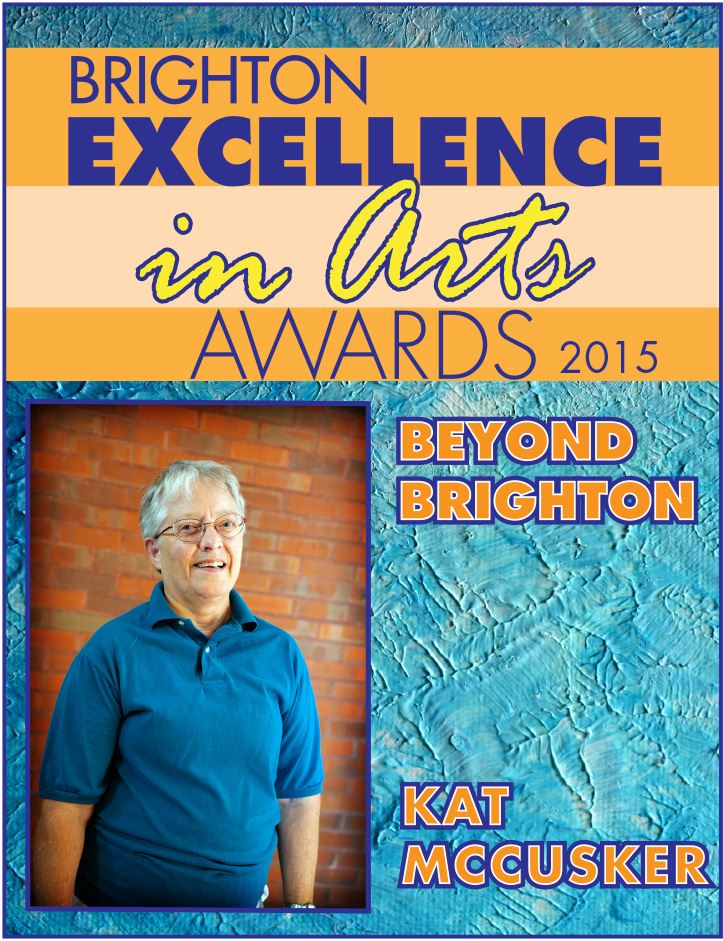 Individual, group, or business from outside of our community who has brought ideasto Brighton.

Recipient McCusker lives in Northglenn but she spends more time in Brighton pursuing her passion of music. McCusker has been part of the Brighton music scene since 1987. Her association as the conductor of the popular String Colors performing group became a long term relationship with Brighton. Along with Bonnie Simcox and Marlys Harp, McCusker helped form Brighton Music. Although the choir is no longer together, more than 50 musicians perform in various bands ranging from Brighton Music Orchestra, Brighton Brass, Brighton Jazz, Woodworks, Trill Seekers and String Colors. McCusker believes in the power of music and works diligently to provide Brighton & the surrounding communities with quality performances. 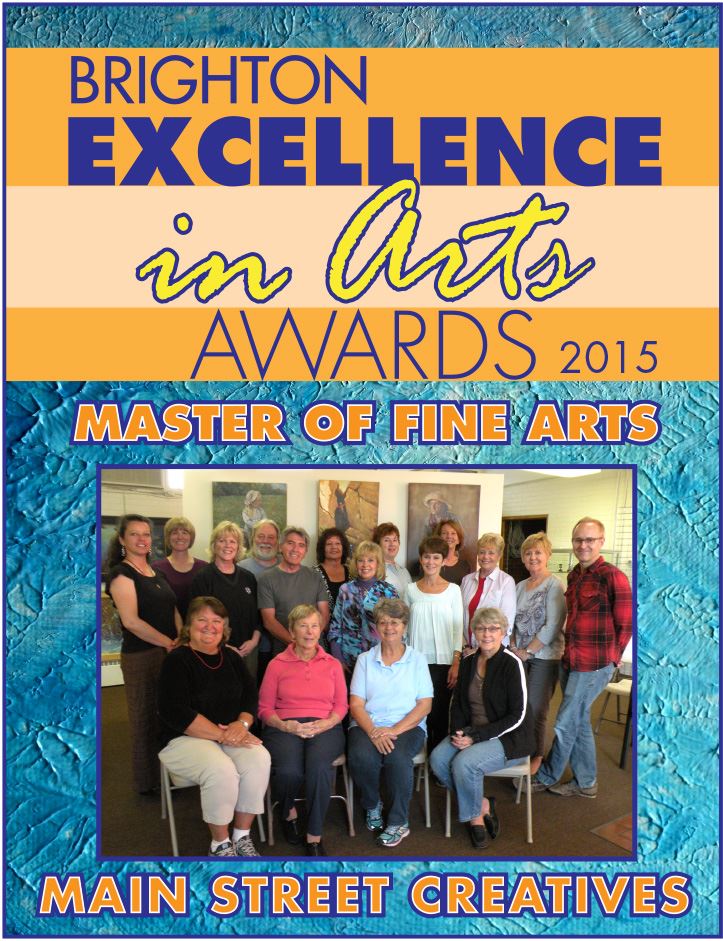 The Main Street Creative Studios held their grand opening on July 16, 2011 as an arts incubator in downtown Brighton. The group led by nationally known artists Judee Dickinson and Kim Shacklee are joined by 25 additional artists at the art gallery and artist studios. Various artists work daily at the Creatives.The Art Academy of Colorado housed at the location also provides a teaching component to the overall artistic program through which many of the resident artists teach in a variety of classes using different mediums and methods. Main Street Creatives was chosen as the recipient of the Master of Fine Arts Award because of the collective work being performed by master artists in Brighton.