"On July 14, 1859, five men staked out ranches along the Platte River near the site of present-day Brighton.  William Hazzard, George Hazzard, Andrew Hagus, Thomas Donelson, and James Blundell originally came to Colorado in search of gold but instead found better fortunes as farmers raising food for mining communities.  On their river bottomland, they were able to grow grain, garden crops, and hay, as well as a variety of livestock, including cattle.  After the most desirable river bottomland was settled, other farmers organized and built irrigation ditches to provide water for agricultural production in the surrounding drier farmland.  These small farms usually referred to as ranches, were critical to the success of Denver and the mountain mining camps, supplying food that would otherwise have to be shipped from the East or New Mexico.

Brighton’s future was guaranteed when it was officially selected as the county seat in 1904.  In 1902, the much larger Arapahoe County was subdivided into smaller counties.   Several communities in the newly created Adams County were vying for the honor of county seat, but Brighton prevailed.   The first county courthouse was built at 4th Avenue and Bridge Street; that building today serves as city offices.

It was Brighton’s agricultural economy, though, that proved to be the key force influencing the town’s development in the first half of the twentieth century.  As irrigation ditches were extended in Adams County, numerous small “truck farms” sprang up along the South Platte.  These farms grew cabbage, tomatoes, celery, pickles, and other vegetables for Denver and the region.  At first, the produce was sold in Denver at the City Market.  The rail lines opened up new possibilities for distribution, however, and other business ventures connected with agriculture developed.  In addition to fresh vegetables, an extensive agricultural processing industry that serviced much of northeastern Colorado farmers developed in Brighton.

Brighton was home to several important statewide Japanese organizations in Colorado.  In 1909, the Issei farmers organized the Japanese Farmers Association of Colorado at a meeting held in the Brighton town hall.  In 1914, there were enough residents in the area to support forming a separate Brighton branch of the organization.  In 1920, an independent Brighton Nihonjin Kai (also known as the Brighton Japanese Association) was founded.  These all indicate the growing significance of role played by the Brighton Japanese population to the state.  The influx of Japanese Americans continued through World War II, in part due to Governor Carr’s welcoming policies towards Japanese Americans.  Many Issei and Neisei (second generation) families went on to become some of the most successful farmers in the region.

World War II brought new jobs to Adams County, several associated with military production or the airfields, which in turn helped supplement the area’s economy.  In the latter half of the twentieth century, extraction industries have played an increasingly important role in the local economy.  Sand and gravel, key to Colorado’s construction industry, has been focused along the South Platte River valley.  The deposits in this area can be as great as sixty feet deep, and are an important source for this construction material.  At times, however, this industry has impacted the farms that were historically located along the river.

Brighton’s population has grown significantly in the last two decades, in part as a result of the completion of the Denver International Airport.  Brighton was the closest established municipality to DIA, and it experienced significant residential and commercial growth in the 1990s in support of the airport construction workers.  Brighton’s population also grew by nearly 50% between 1990 and 2002.  New industrial businesses have also been attracted to the area.  In 2008, Vestas constructed a wind turbine plant on the northeast edge of town.  The city anticipates continued growth in future decades, which may place increasing development pressure on historic resources. "

The above is a history compiled from the narrative information in "Brighton, Colorado Historic Resource Survey: Phase I 2013-2014" written by Deon Wolfenbarger prepared for the City of Brighton.

FOR MORE INFORMATION ABOUT THE BRIGHTON HISTORIC PRESERVATION COMMISSION AND MEETINGS, CLICK HERE. 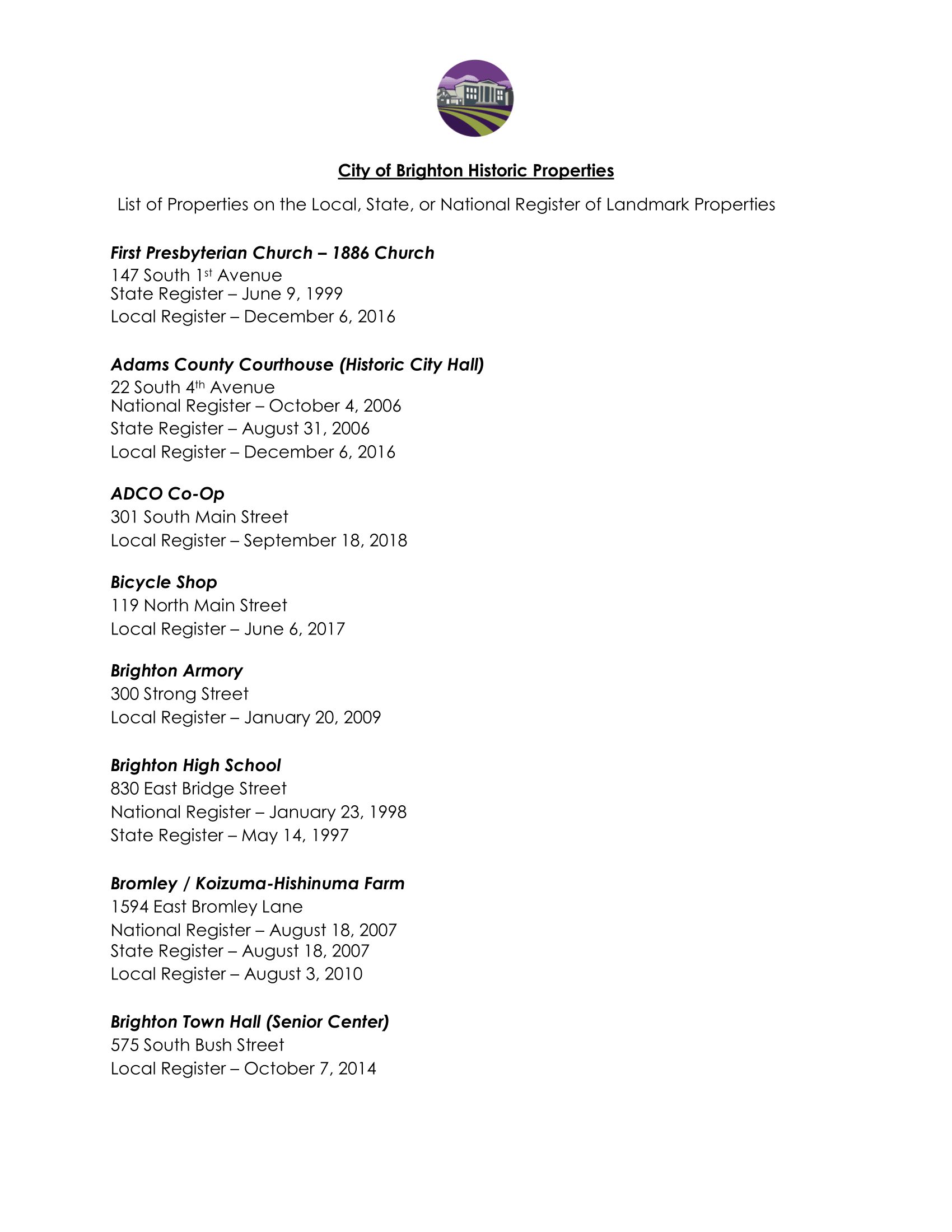 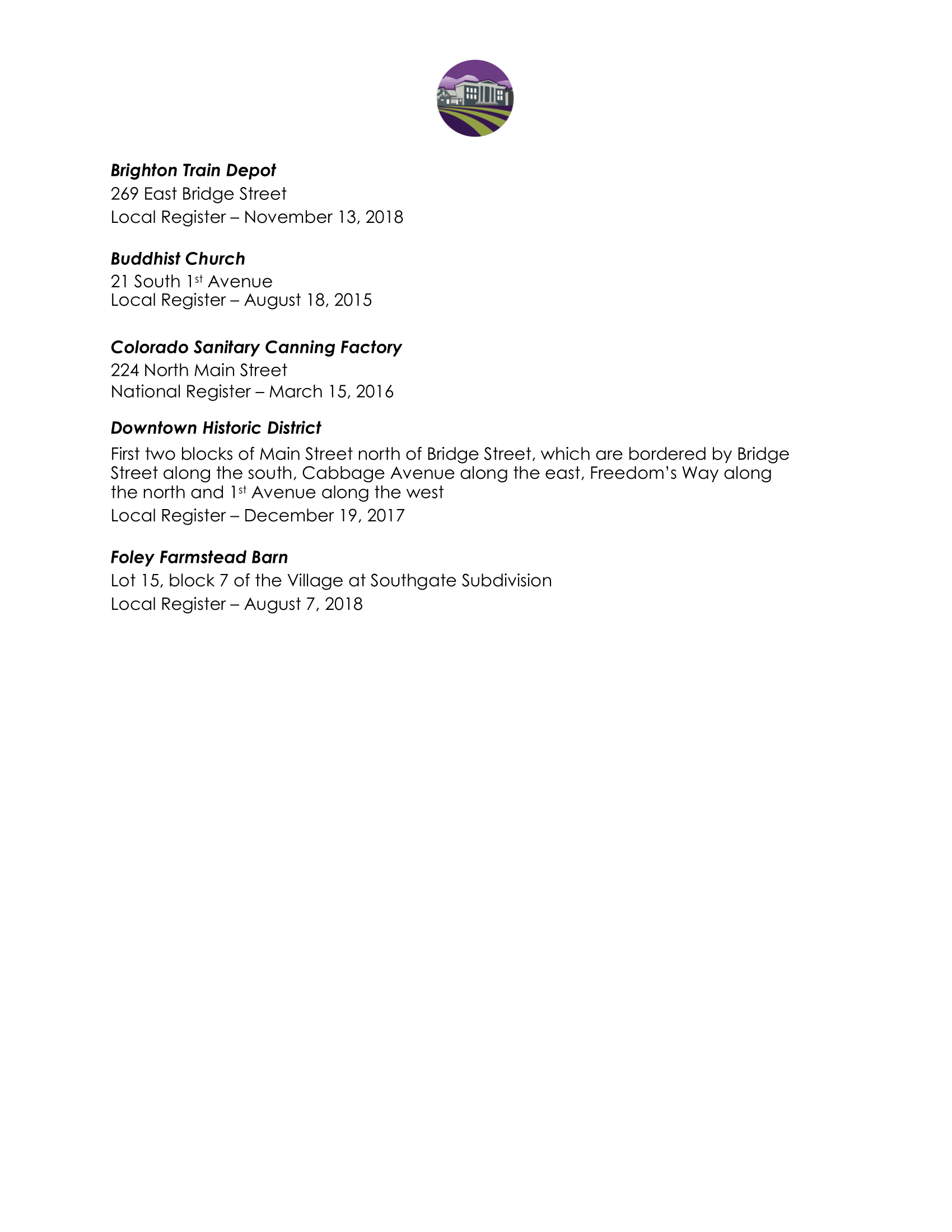 NEW! The Brighton Historic Preservation Commission has created a flyer where all our digital resources are available in one spot.

Click the flyer image below to access the version with links or head to our "Helpful Links" page for more! 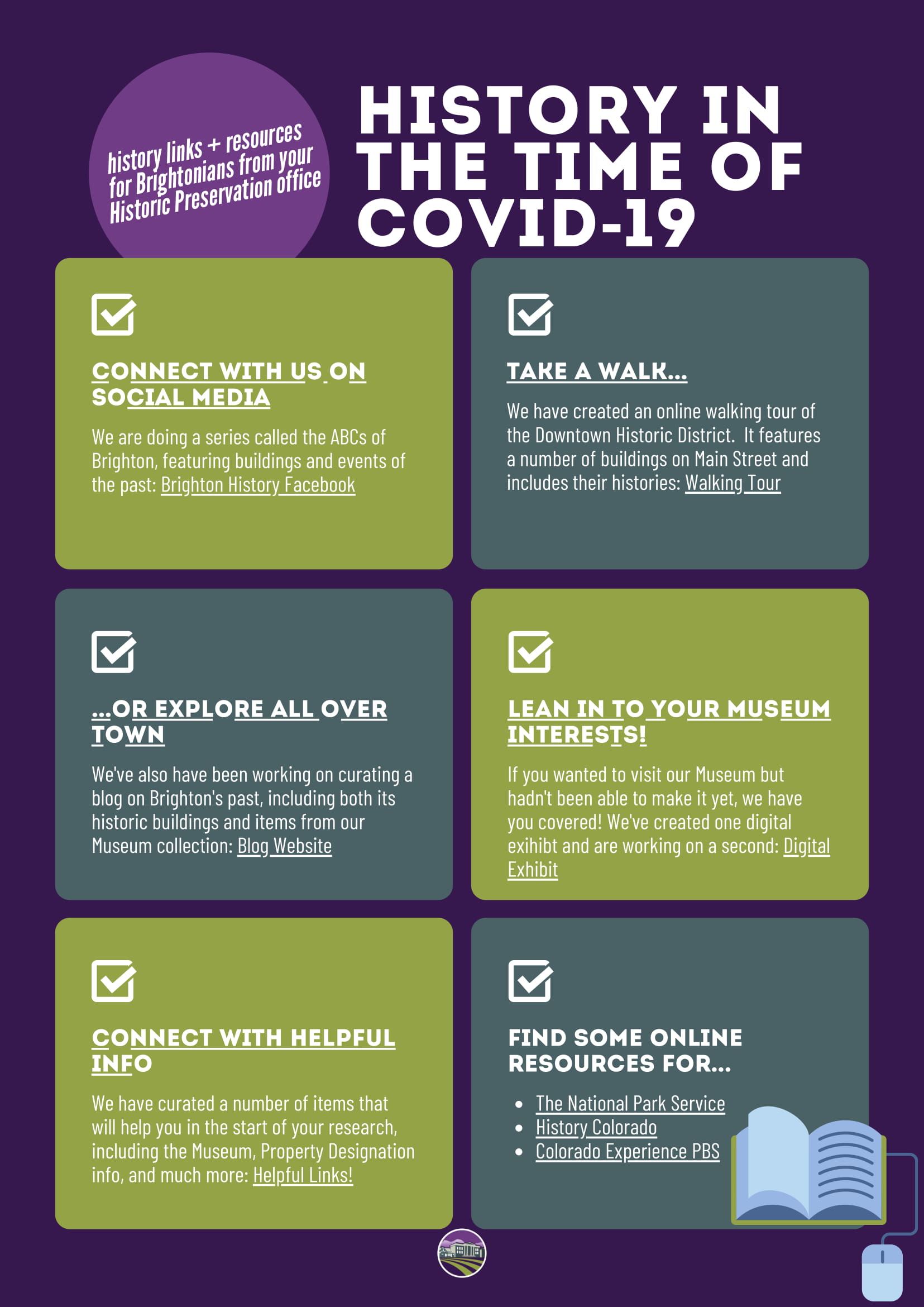 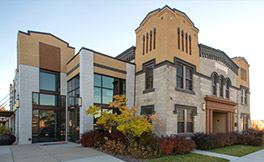 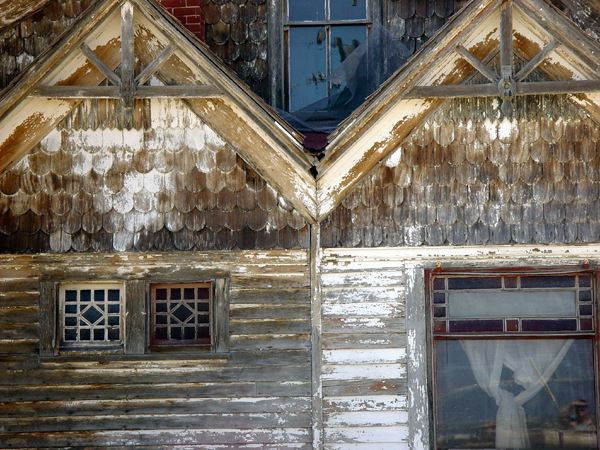 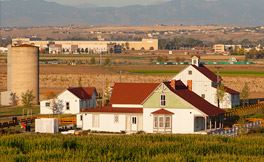